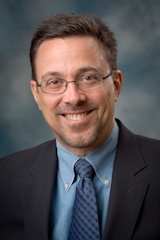 Admitted to the Bar in New Jersey and New York, Gene Killian has repeatedly been named one of New Jersey's "Super Lawyers" by New Jersey Monthly magazine, as well as one of the Best Lawyers in America. He is rated "AV"® by Martindale-Hubbell. U.S. News and World Report has named him one of the leading lawyers in New Jersey in the area of insurance law. He is a Senior Fellow and New Jersey Co-Chair of the Litigation Counsel of America, an exclusive organization of elite trial attorneys. In addition to insurance law matters, Gene also helps clients facing employment law and complex commercial litigation issues.

He has structured complex settlements in a variety of business disputes, including insurance matters and other commercial contract cases.